AnVir Task Manager is a complete app that lets you control everything that's going on while you're using the computer. AnVir Task Manager manages startup programs and active processes, removes spyware and offers a great variety of Windows enhancements. No need to install dozen of system utilities. You need only one program instead: AnVir Task Manager.

This highly detailed Task Manager replacement analyzes everything that's currently active on your system and displays it on a tabbed interface: programs that are scheduled to run upon Windows start, processes and services. It shows full information about each process including command line, DLLs that the program uses, inbound and outbound traffic, disk load, tray icon, performance graph, internet connections.

Get rid of malicious software

Right out of the box, AnVir Task Manager provides security risk rating for each active process, service and startup program. The security risk rating indicates the likelihood of a program being potential spyware, malware or a Trojan. The rating is based on behavior, code analysis, and integrated database with information about 70 000+ startup programs, Internet Explorer toolbars and services.

When any program tries to add itself to startup, AnVir Task Manager shows notification and allows to cancel new startup program if it’s useless or harmful.

Right click on any suspicious process or file and check it on virustotal.com with 30 antiviruses.

AnVir Task Manager makes XP or Vista much handier. The program makes it possible to minimize selected application windows to system tray to save the taskbar space from clutter. You can make windows semi-transparent, or pin them ‘always on top’ – just right click on a title of any running application. Also you get the list of recently used folders in “Open”/”Save” dialogs. On Windows XP it shows drive's free space with a colored horizontal bar in Windows "My Computer".

AnVir Task Manager offers a very useful Tweaker that gives you direct access to many Windows settings, enabling you to make your operating system behave the way you want. Tweaker also includes many settings that cannot be accessed in Windows at all without editing the registry directly.

Speed up your PC

AnVir Task Manager allows you to dramatically speed up your PC or Windows boot time.

Startup tab shows all programs that run on Windows start. It includes name, file path, company and description. Disable or delete programs that you don’t need, and your PC will run much faster.

“Delayed Startup” lets you set up any startup program to run one or more minutes later after Windows startup. This allows you to begin using the computer without waiting for Windows to load all startup applications.

Also you can run startup programs minimized to system tray, or as a floating icon. 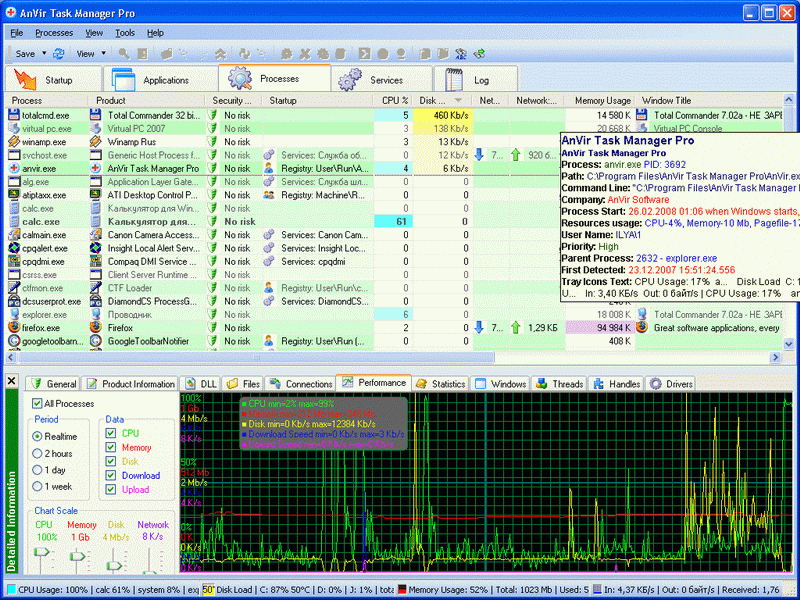 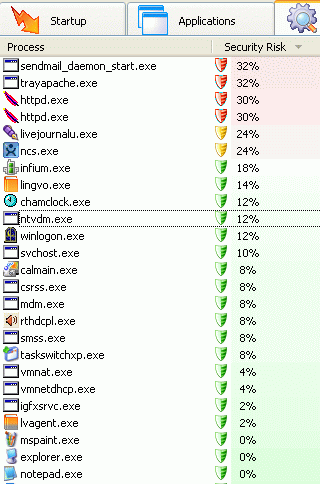