Why a DNS Benchmark?

Since nothing can happen until IP addresses are known, the use of slow, overloaded or unreliable DNS servers will get in the way, noticeably slowing down virtually all of your use of the Internet.

Unless you have taken over manual control of the DNS servers your system is using (which, as you'll see, is not difficult to do), your system will be using the DNS servers that were automatically assigned by your Internet connection provider (your ISP). Since they are likely located close to you on the Internet (since they are provided by your own ISP) they may already be the fastest DNS servers available to you. But they might be in the wrong order (the second one being faster than the first one, and that matters) or, who knows? Many people have discovered that their own ISP's DNS servers are slower than other publicly available alternatives on the Internet, which are faster and/or more reliable.

This DNS Benchmark will give you visibility into what's going on with your system's currently assigned DNS servers by automatically comparing their performance with many well known publicly available alternatives. 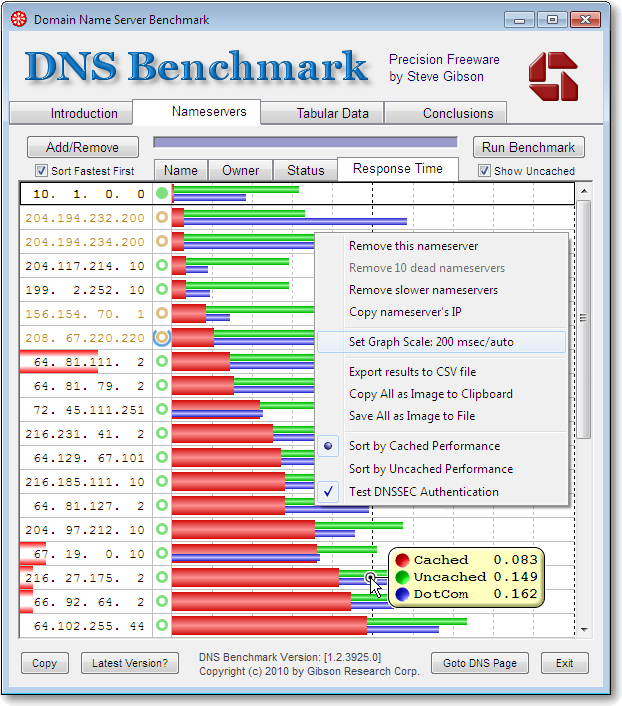