NetworkMiner is a Network Forensic Analysis Tool (NFAT) for Windows (but also works in Linux / Mac OS X / FreeBSD). NetworkMiner can be used as a passive network sniffer/packet capturing tool in order to detect operating systems, sessions, hostnames, open ports etc. without putting any traffic on the network. NetworkMiner can also parse PCAP files for off-line analysis and to regenerate/reassemble transmitted files and certificates from PCAP files.

NetworkMiner can extract files and certificates transferred over the network by parsing a PCAP file or by sniffing traffic directly from the network. This functionality can be used to extract and save media files (such as audio or video files) which are streamed across a network from websites such as YouTube. Supported protocols for file extraction are FTP, TFTP, HTTP, SMB and SMTP. 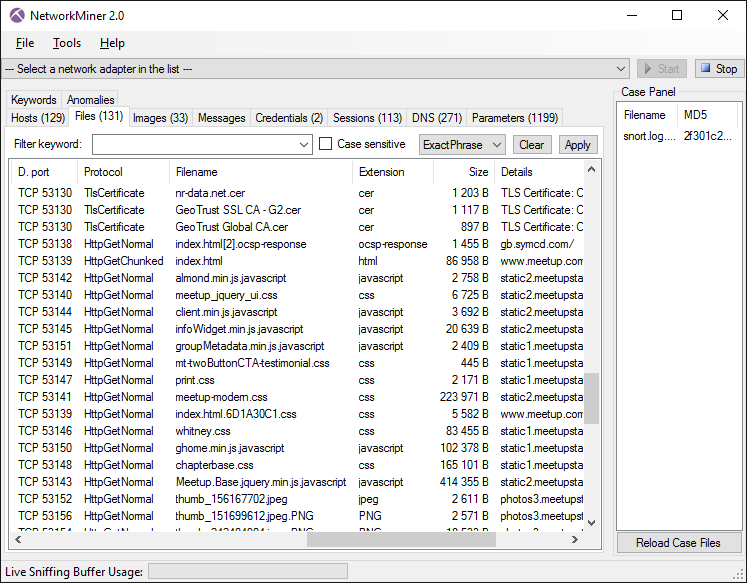 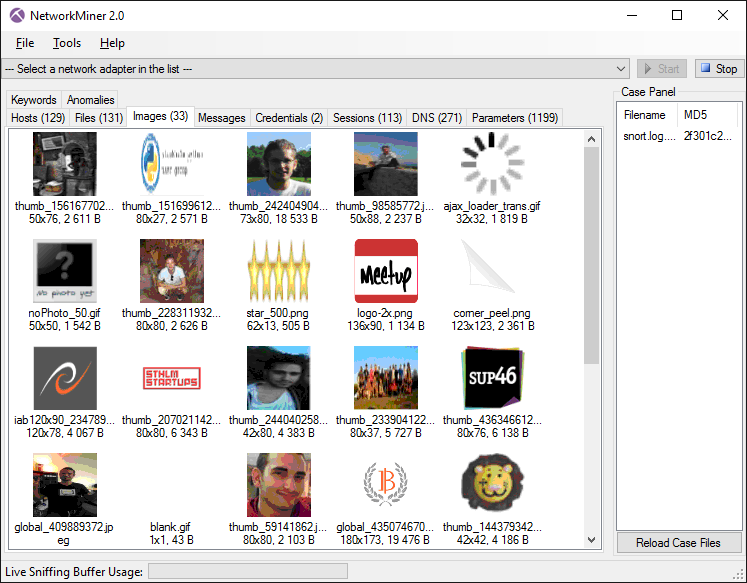