Password Tech is a Windows application that can help you generate secure passwords and generally any kind of secure key for access control and data protection. To this end, it uses a cryptographically secure pseudo-random number generator based on strong cryptographic algorithms:

Password Tech is capable of generating a large variety of passwords and passphrases, which may be composed of purely random characters or words, or follow certain rules, so that they can be memorized more easily: 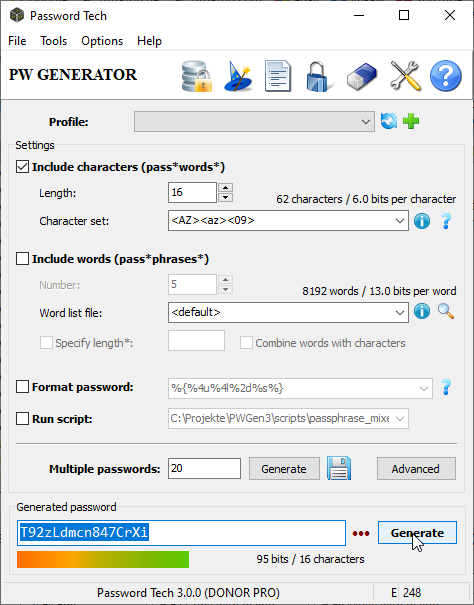 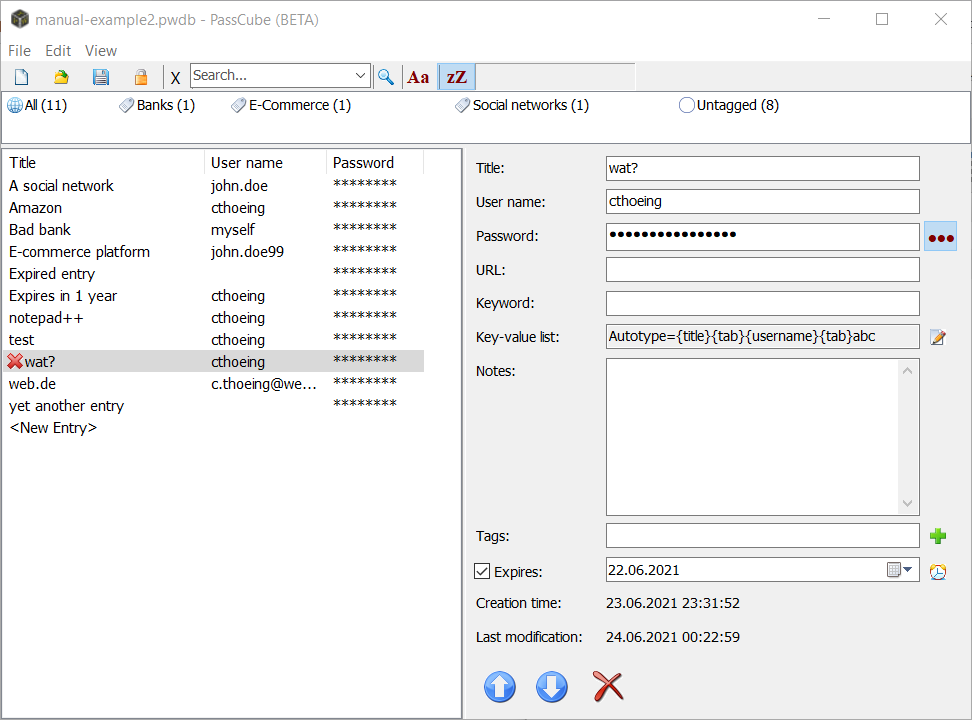 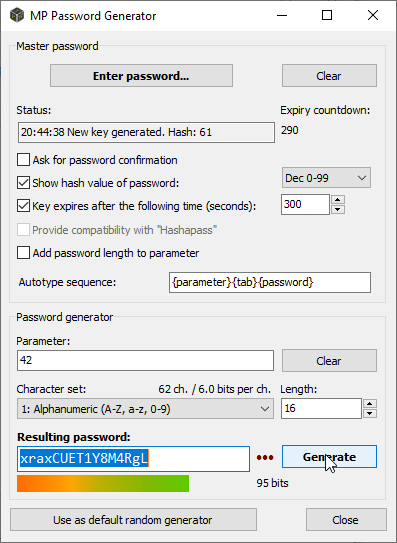 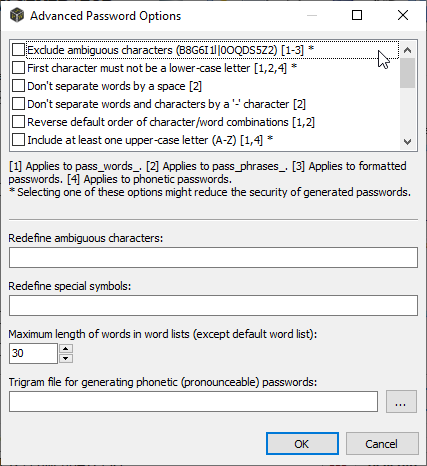