Select a pair of folders and Bvckup 2 will make sure that one stays an exact copy of the other. It is light, uncomplicated and really well designed. It is also incredibly fast.

Features at a glance

Continuously monitor for changes and back them up as soon as they happen.

Run backups at fixed time intervals or only when started manually.

Eliminate idling during data transfers by having multiple read and write requests running in parallel.

Reduce the amount of data being moved around by copying modified parts of files only. This speeds things up, in many cases dramatically.

Speed things up by running computationally intensive tasks such as data hashing on all CPU cores, but scale back when computer is under load.

Detect files and folders being moved at source and replicate this as a single quick operation on the backup side.

Avoid re-scanning backup location on every run by scanning it once and saving its file index locally.

Pin a backup to a specific removable device so that it will be run only when this device is present.

Use Windows shadow copying to backup files that are locked for exclusive use by running programs such as web browsers or email clients.

Switch program to run as a system service to allow backups to continue running even when there's no one logged in.

Move backup copies of deleted items into a special archive directory and delete them from there after a grace period.

Set backups to dispatch an email alert with the summary and the logs upon each run's completion.

Bvckup 2 has been tested with multi-million item backups and, while they naturally require more memory for processing, they can still be handled with ease.

The app can run backups one by one, forming a queue, or it can run them as soon as they are due, all at once. And, of course, a backup may also be started manually at any time.

When running a backup, Bvckup 2 always compiles a formal backup plan that can be inspected without being executed if a "dry run" is required.

Installation package includes both 32- and 64-bit versions of the program, selecting an appropriate one to install automatically.

The app works with low-level Windows API and has no dependencies on WMI, COM or system services outside of shadow copying. It also stores all its configuration on disk, in a single directory. 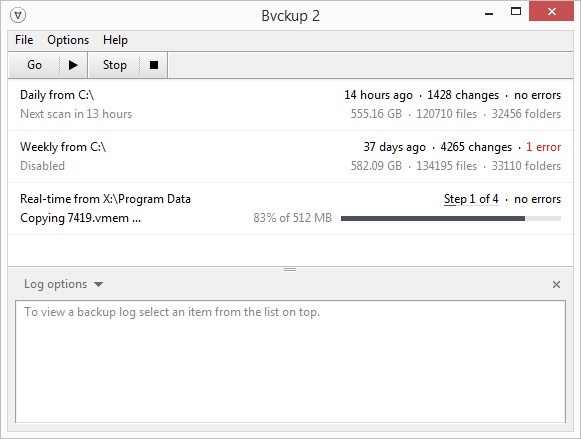 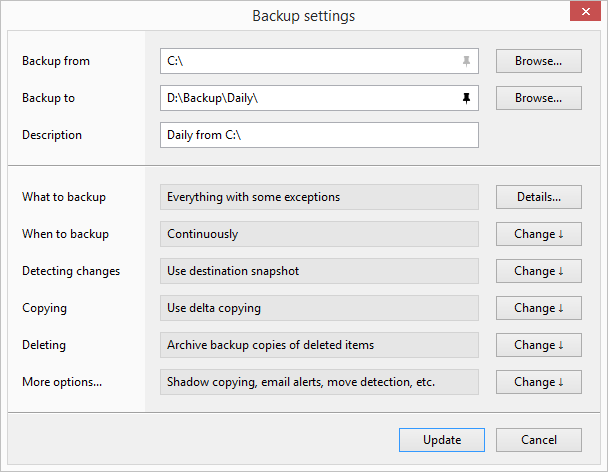