VSDC Free Video Editor is efficient like pro software but easy to use. Free splitting, merging, cutting and many more.

Our editor is a non-linear tool. This means that unlike in most other editors, where scenes come one after another in a linear sequence and certain order, our software allows objects to be placed in any position on the timeline and have any size. Besides, various parameters, shape and position of objects can change arbitrarily over time.

You can apply various visual and audio effects to your videos to achieve the necessary result. Since the number of available visual effect is very high, they are split into five categories for ease of navigation: color correction, object transformation, object filters, transition effects and special fx.

Objects in a scene are positioned with subpixel accuracy, which makes for smooth animation, rotation, transformation and precise relative positioning.

Our software supports virtually all video, image and audio formats and codecs. That is why you won’t need any additional conversion tools to edit your files, as is often the case with other programs.

Thanks to a large set of preconfigured profiles, you can easily create videos for most popular multimedia devices, such as DVD players, iPod/iPhone/iPad, PSP, any smartphones and regular phones, Sony PlayStation, Xbox, Zune, Archos, iRiver, Creative Zen, Blackberry, MP4 players and many others.

Video library (to be included in the next program release)

The editor software lets you create your own library of multimedia files with brief or detailed descriptions. This will help you organize your video collection and simplify access to the necessary files.

The editor comes with a DVD burning tool, allowing you to easily burn the results of your work to optical discs.

The application is designed to quickly convert video files from one format to another. It has some basic features for editing videos: removing unneeded segments, splitting your video into parts, and merging several files into one.

With this utility you can download videos from various sites, view them with a built-in player, and convert them to the video format you need. The program supports a large number of different web services and lets you organize collections of downloaded videos.

The video editor features a desktop video capture utility that saves captured footage to a video file for subsequent processing in the editor.

Another feature of the our editor is the ability to capture video from various video tuners, webcams, IP сameras and save the captured footage on your computer in an arbitrary format for subsequent editing. 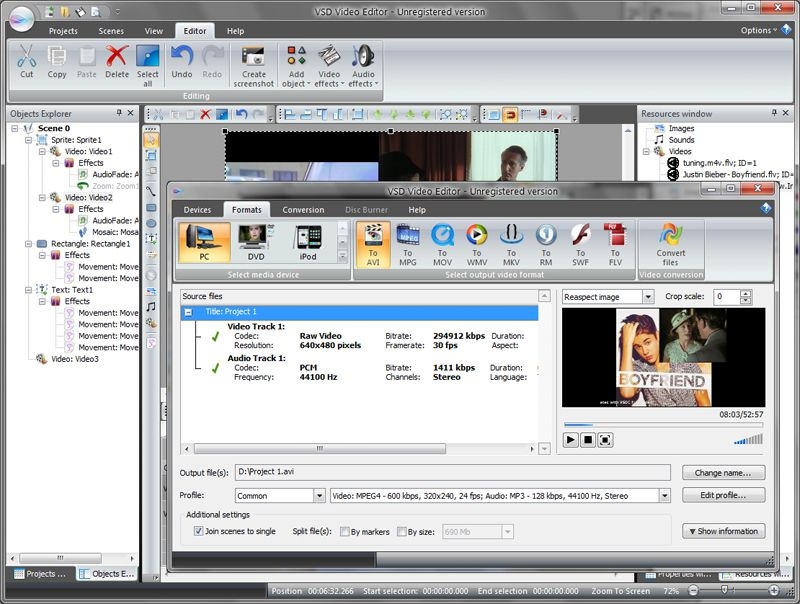 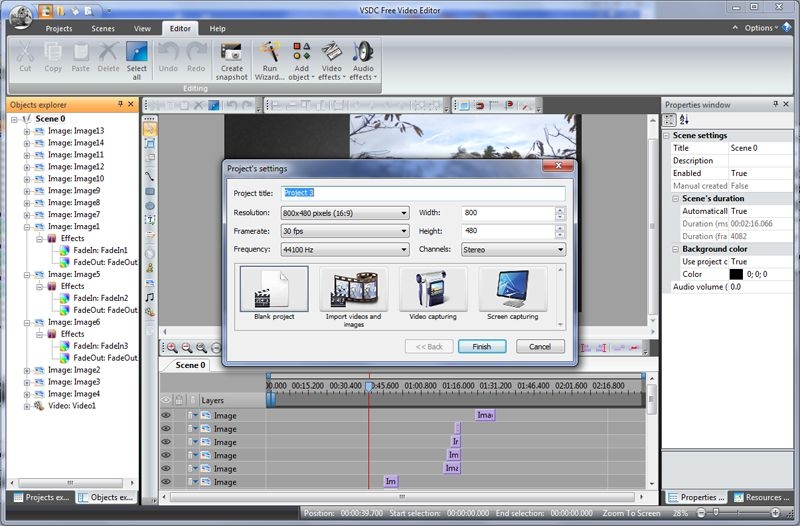