Studio 3T as a MongoDB client

A client is a software program or application that allows you to connect to a server. Go wild with Studio 3T’s Connection Manager and connect to as many MongoDB servers as you need.

Studio 3T as a MongoDB GUI

A Graphical User Interface (GUI) does exactly as it says. It provides a user interface with graphical menus, icons, dialogs, wizards, and other visual elements. The alternative to using a MongoDB GUI would be to use the mongo shell, though Studio 3T still has IntelliShell – an easy-to-navigate, built-in version – for when you need one.

Studio 3T as a MongoDB IDE

An Integrated Development Environment (IDE) consolidates the many aspects of application and database development into one fully-featured “studio” environment. Studio 3T does exactly that by providing a GUI that has editors with auto-completion and syntax highlighting, built-in JSON validation, automatic query code generation in seven languages, and many other features that help you work faster and save time. 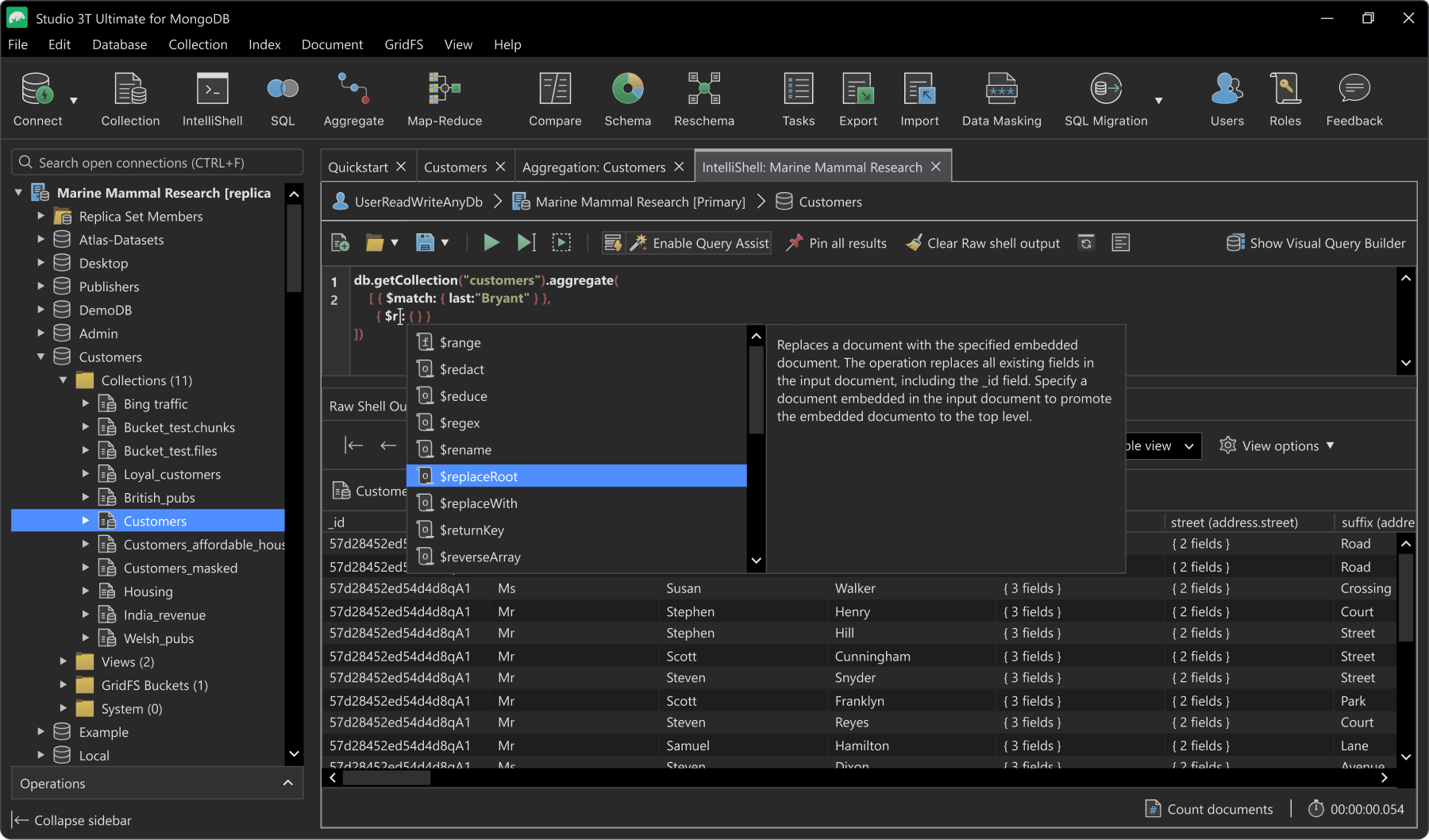 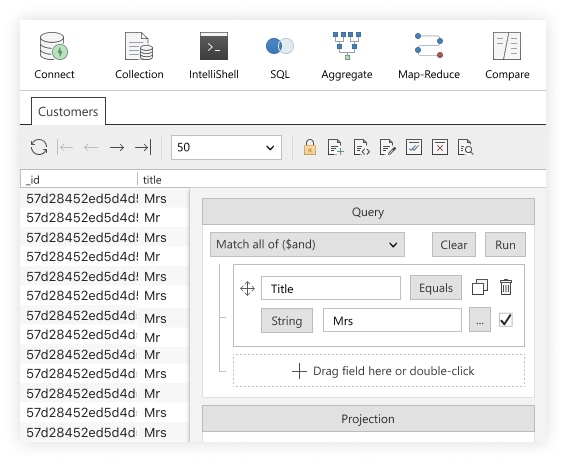 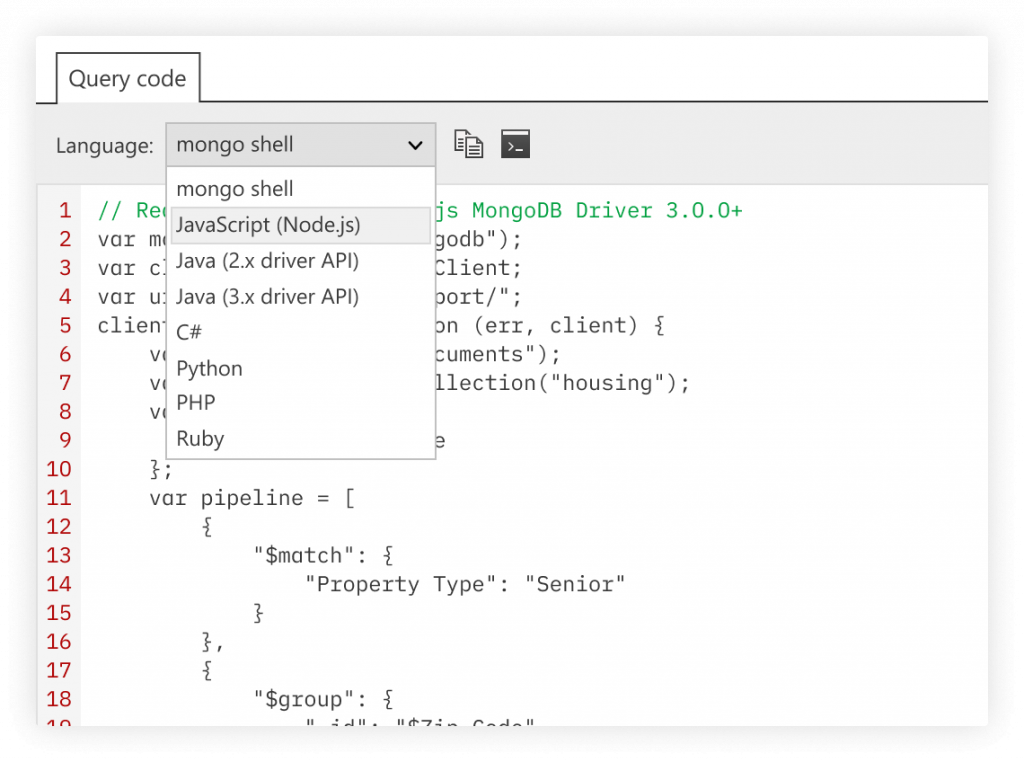 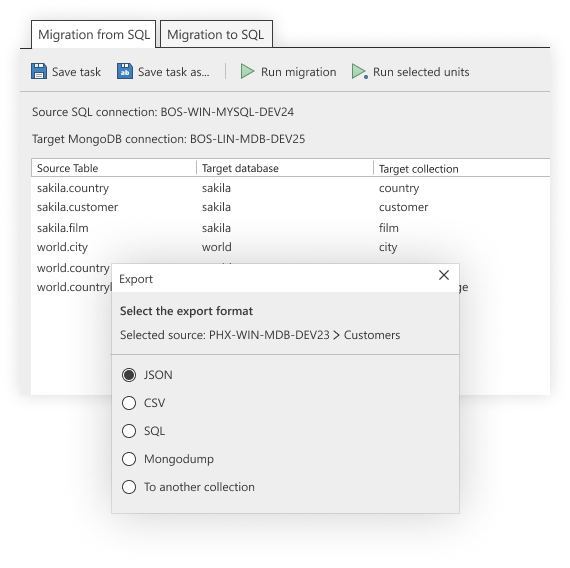 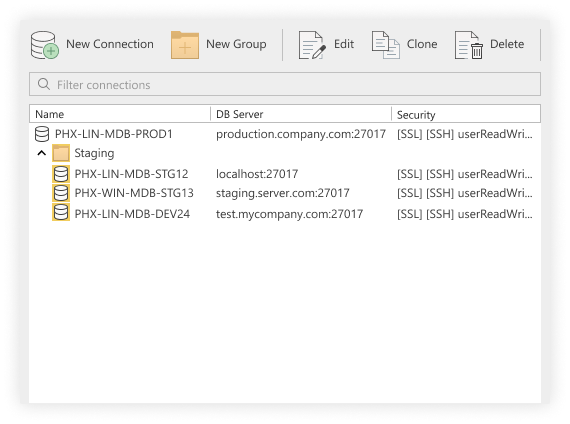