Artha is a free cross-platform English thesaurus that works completely off-line and is based on WordNet.

Artha is a handy thesaurus that focuses on high usability, without trading off simplicity and ease of use. It has the following distinct features that increases its usability:

For a given word, the possible relatives shown by Artha includes Synonyms, Antonyms, Derivatives, Pertainyms (Related Noun/Verb), Attributes, Similar Terms, Domain Terms, Entails (what verb entails doing), Causes (what a verb causes to), Hypernyms (is a kind of), Hyponyms (kinds), Holonyms (is a part of) and Meronyms (parts). To know more about each category of relatives, click on it for an explanation and example. Once launched, Artha sits on the system tray and looks for the pre-set hot key combination press. You can select some text on any window, and call Artha by pressing the key combo. Depending upon the option set, Artha with either pop-up with the word looked-up or will show a passive notification of the most important definition of the searched term, from the system tray. 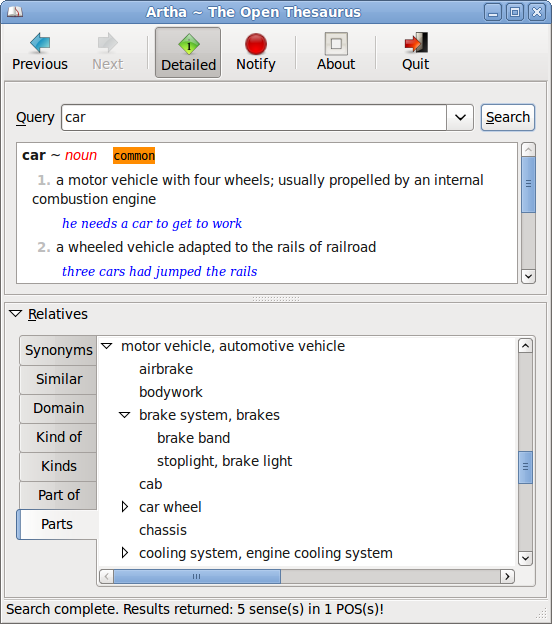 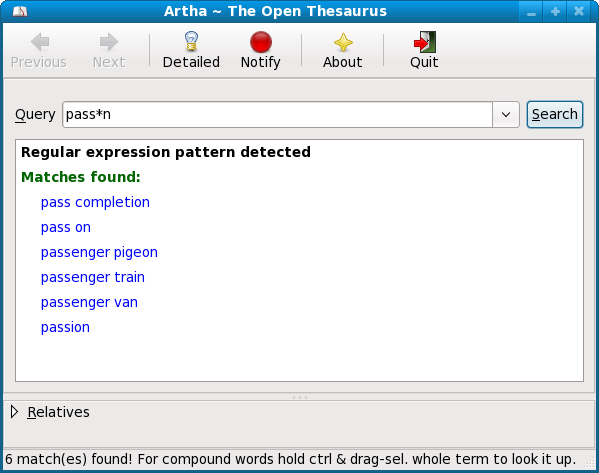 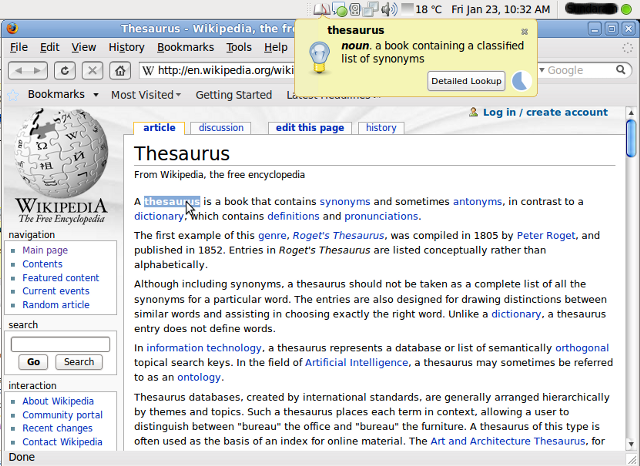