The program has 36 engines prepared to play from the start, and with very different levels, from 1300 to 3000 elo.

This list of engines is not closed and you can add other ones with the only limitation that they use the UCI protocol.

The game can be set, limiting the depth of analysis of the motor or the time used to think, or by modifying the way in which it decides. You can also choose the opening, or start in a certain position, or that the engine uses a book of openings or more or less aid.

Younger children will be able to begin their apprenticeship with special engines that know little more than moving the pieces, and this will enable them to win against the engines from the very beginning.

You have an extensive list of trainings with which to try to improve your chess:

- Training with a book

- Check your memory on a chessboard

In Lucas Chess there are several competitions, and in two of them you can publish the results.

The first is a one-to-one competition against all the engines, starting with the weakest, initially in each engine many hints are available, and as you change level, the hints will be reduced.

And in the second, Lucas-elo, where you can deal with all the engines in your range of score and add or subtract points according to the results of the games. 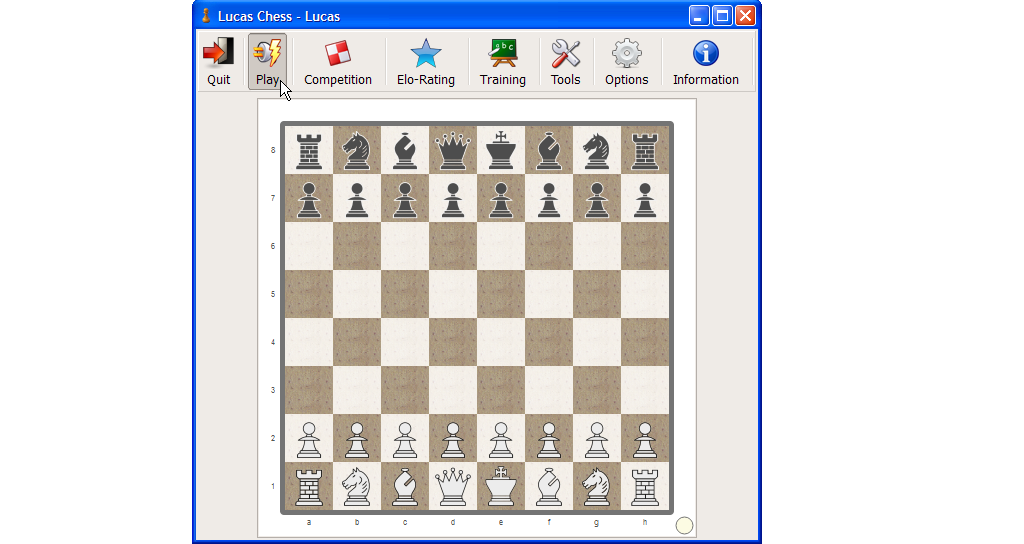 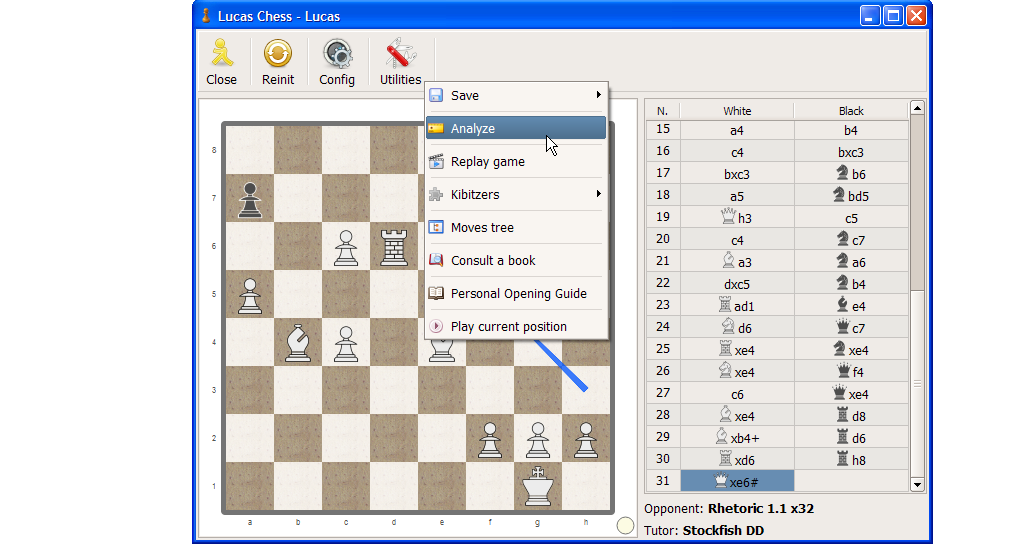 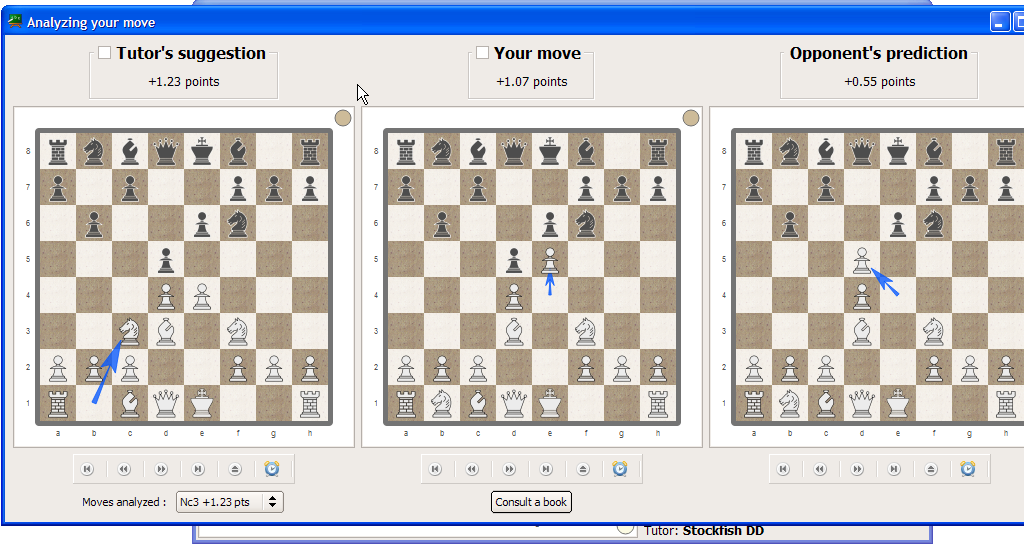