Duplicati has built-in AES-256 encryption and backups can be signed using GNU Privacy Guard. A built-in scheduler makes sure that backups are always up-to-date. Last but not least, Duplicati provides various options and tweaks like filters, deletion rules, transfer and bandwidth options to run backups for specific purposes.

Keep your data safe, store it far away, update your backup regularly! This is a simple rule but many backup solutions do not achieve that today. But Duplicati does!

Keep your data safe! Bad guys on the Internet seem to look for interesting data everywhere. But people do not want to see any of their private data revealed anywhere. Duplicati provides strong encryption to make sure that your data looks like garbage to others. With a well chosen password your backup files will be more safe on a public webserver than your unencrypted files at home.

Store your backup far away! The best backup is useless when it is destroyed together with it's original data. Just assume that a fire destroys your office - would your backup survive? Duplicati stores backups on various remote file servers and it supports incremental backups so that only changed parts need to be transfered. This makes it easy to use a destination far away from the original data.

Backup regularly! The worst case is that your backup is outdated simply because someone forgot to make a backup at the right time. Duplicati has a built-in scheduler, so that it's easy to have a regular, up-to-date backup. Furthermore, Duplicati uses file compression and is able to store incremental backups to save storage space and bandwidth. 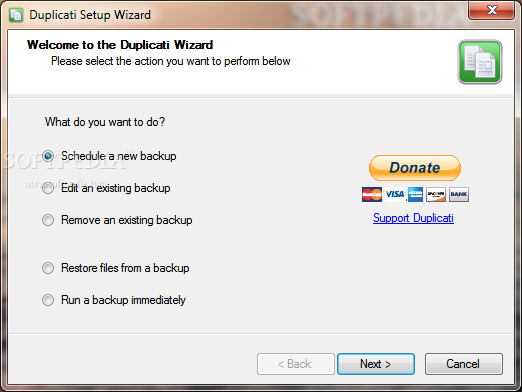 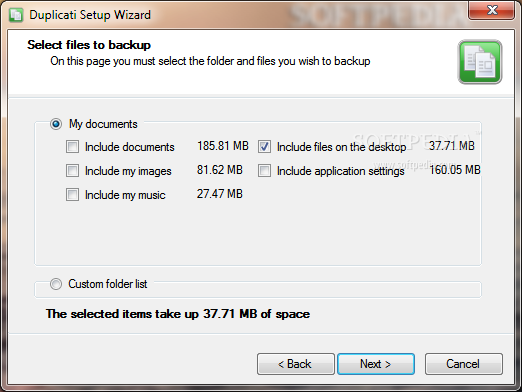 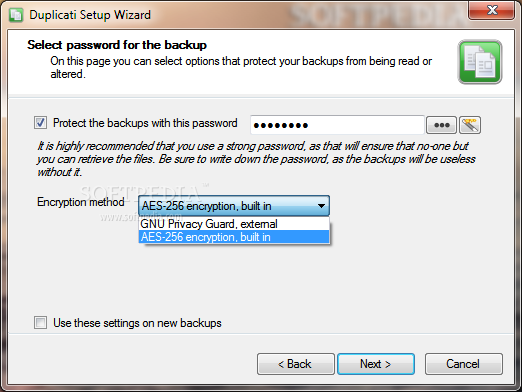 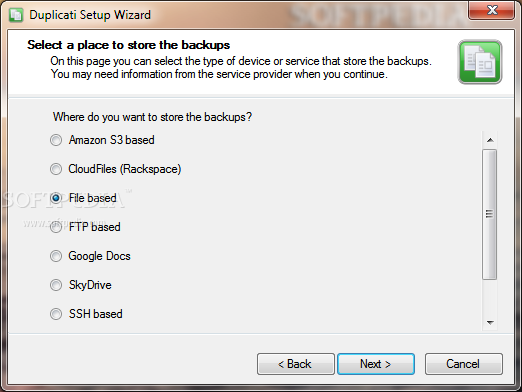 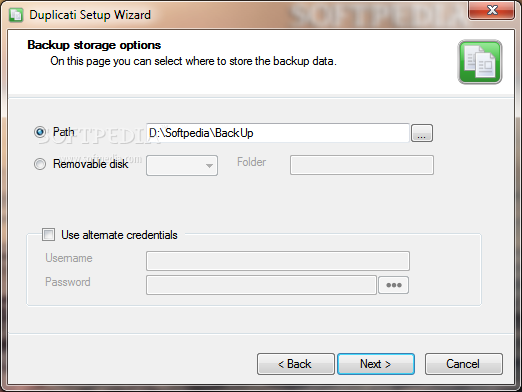 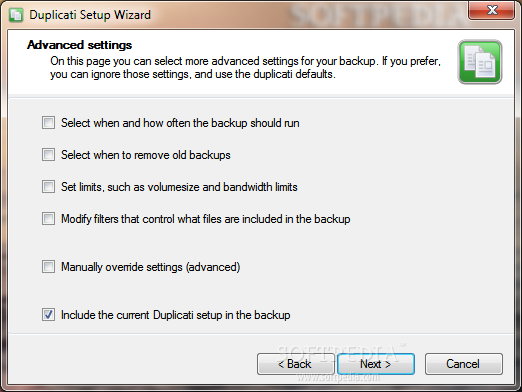 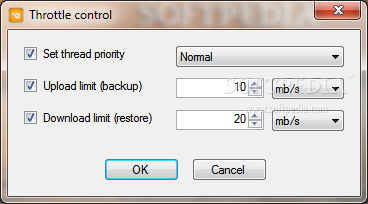 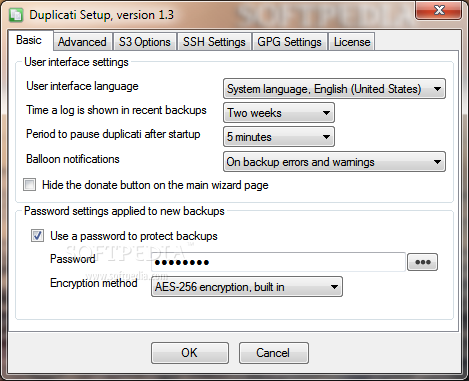